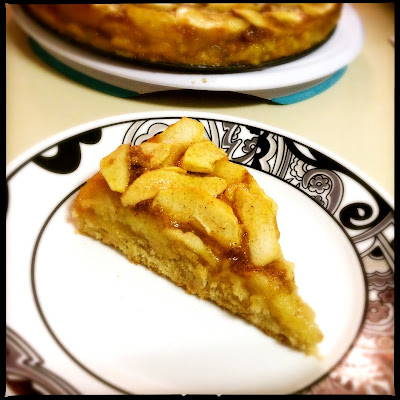 Between trips to an apple farm and my daughter’s house, I’ve been well-supplied and haven’t had to spend a cent (for apples!) at the supermarket. Fresh picked apples—mmm! They’re the best.

My daughter and her family bought a house two years ago and started their country life with five HUGE apples trees—several different varieties that have not yet been identified but have distinct differences in taste, sweetness and tartness.

Lots of apples their first year but with the moving in and settling down, apple experimentation was not on the menu. Instead, the boys—my little grands—were paid 50-cents a bucket to pick up the many apples. Really, they had to be picked up; otherwise, a walk/run through the backyard and under the apple trees was more like roller skating, from apple to apple.

Last year, their second year of country life, not a single apple appeared!

And now it’s Year #3 and those trees have broken a record in apple production. They’ve also broken several branches due to the weight of the many, many apples.

Son-in-law built a wooden apple press. They’ve made cider. They’ve made and canned applesauce, apple pie filling and apple butter. They’ve given away apples. Still, I find myself “rolling” through the backyard when I visit and the dog is taking me for a walk.

Back to the apple farm: I brought home Honeycrisp that weighed almost a half pound each and were so-o sweet. I also picked MacIntosh, also sweet but with a bit of tartness. They worked well together.

I selected two recipes and loved both! So, here for your baking and eating pleasure are FRENCH APPLE CAKE and APPLE CREAM CHEESE COFFEE CAKE. (Click on the links to see the recipes and click on each photo to see an enlarged, detailed picture.) 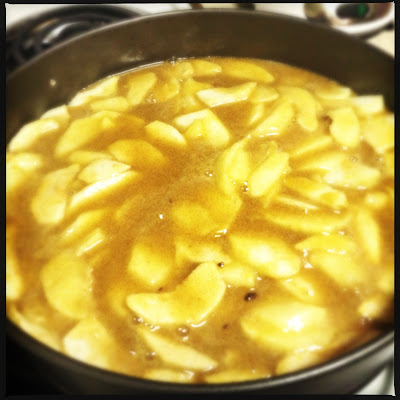 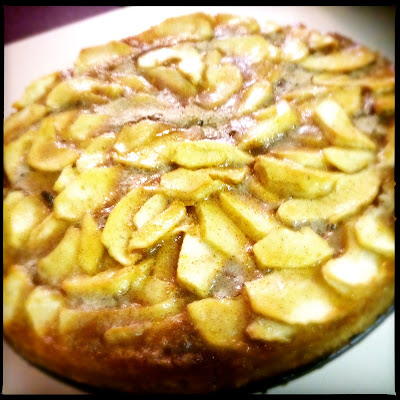 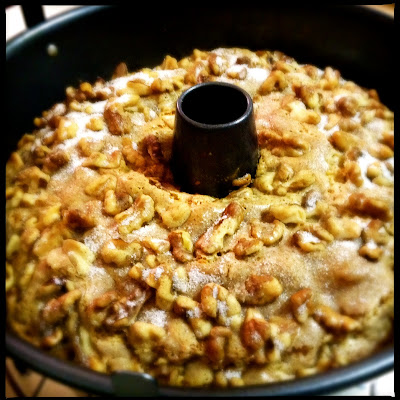 from AllRecipes ~ baked in an angel food cake pan (10-inch tube pan).
Cream cheese and confectionery sugar mixture is spread on the bottom layer of batter and topped with another batter layer. A mixture of walnuts, sugar and cinnamon is sprinkled on top before baking. 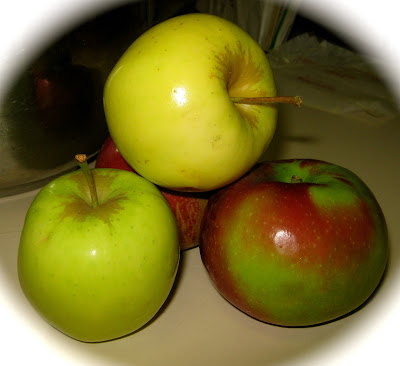 For more apple recipes, visit these 2011 and 2012 posts on Step By Step In The Kitchen… 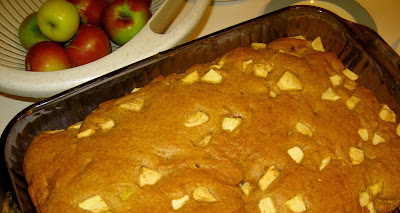 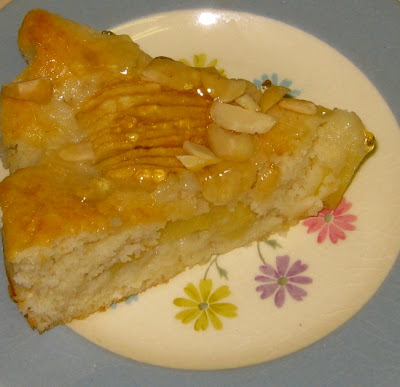 
My other blog is CORNING NY STEP BY STEP -- a view of the city where I live.

CORNING NY STEP BY STEP is now on Facebook. LIKE it and you’ll see when I post a new entry to that blog, plus there will be extra photos of people, places and things of Corning that didn’t make it into the blog.

Posted by Kathleen Richardson at 2:40 PM