29th Birthday Treat For My Son-In-Law 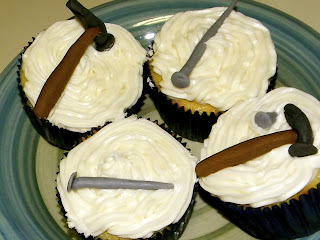 My son-in-law is not a big fan of cakes or of chocolate or, for that matter, of any sweets. For the past ten years, I’ve made birthday treats for my grandsons (one 6 and the other about to turn 10) and for my daughter (more than 10 years!) , but never anything for my son-in-law.

This year was the turning point. I was on a fondant roll and came across a great idea that would fit him. If, I asked my daughter, he was to eat a cake, what kind would it be?

Pineapple Upside Down Cake, she said, he had recently had a piece of it and really liked it. So, I decided to see what I could come up with in the cupcake department with a pineapple taste. 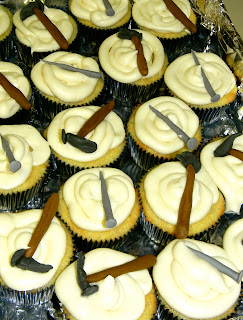 The results was these amazing Crushed Pineapple Cupcakes from a blog called Life Made Simple. They are topped with a Pineapple Buttercream Icing.

I made one change when the heavy cream I bought went sour, so I subbed what I had: 1 tsp. low-fat milk.

I also made one addition--a surprise bite of one maraschino cherry in the middle of each cupcake.

As far as I’m concerned, Crushed Pineapple Cupcakes with Pineapple Buttercream Icing are winners and have a permanent place in my recipe collection.

Don't go away yet. Remember I mentioned fondant? My daughter and son-in-law are redoing a bedroom, tearing things out right down to the lathe and plaster, plus replacing framing around a window and putting up new sheetrock. So that means lots of tools, particularly hammers and nails. 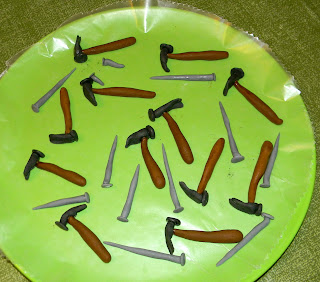 I found what I was looking for on a blog called the Frosted Cake and Cookies which looks like it’s no longer maintained, but this June 2009 entry is still there for our use.

My advise for coloring the fondant and shaping the hammer and nails is to take your time and be willing to make mistakes and start over. It’s well worth the time and energy to produce these little gems. 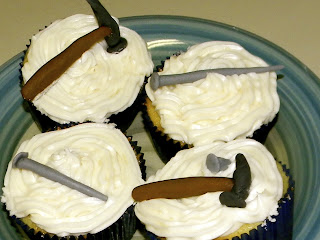 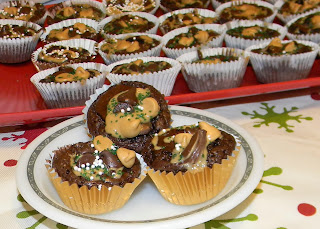 PEANUT BUTTER CUP BROWNIES
I made these little treasures again recently for a fundraising dinner. So rich and tasty. Easy to make. 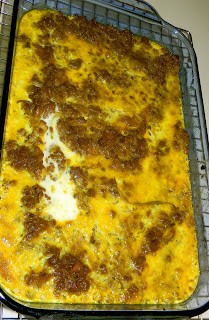 SOUTH AFRICAN BOBOTIE
I made it. I ate it. I loved it! Thanks to Bam’s Kitchen.

Posted by Kathleen Richardson at 7:21 AM