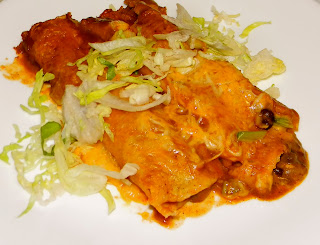 That’s right--two recipes! Two fan-tab-u-lous recipes that I found in Menu Magazine, put out quarterly by Wegmans supermarkets (located in the Northeast U.S.). I had never tried their recipes before and was finally ready to take the plunge.

Am I glad I did! I can’t tell you yet which is my favorite of these two. I love them both. And I love the fact that I have the recipes in print with pictures in the Menu Magazine, plus I can go online and find the menus, with videos, at Wegmans.

The videos really bring it all together for me. I mean, I love to read (and look at pictures!), but then after I have everything purchased and assembled, nothing beats a video to show how easy it really is to assemble these two dishes. 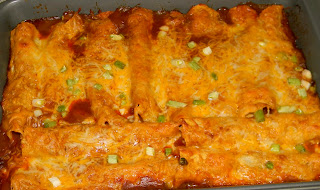 Changes I made or would make ~ None! Fantastic as is. At first I thought this was a very expensive, cheese-laden dish, but then realized it made A LOT! Two big pans, one for supper and one for the freezer (which I used a few weeks later at a potluck dinner where it received rave reviews). 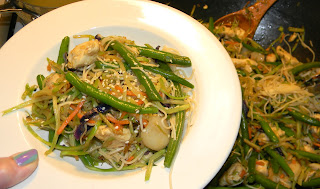 Changes I made or would make ~ Too many noodles (they recommend the 1-pound package of frozen lo mein noodles). The second time I made this, I bought an 8-ounce box of dried noodles. Forgot it would double when I cooked it--ha, ha--so again I had way too much. I added half and froze the rest for the next time I make it. Even with half the noodles, it’s a huge amount of food. Filled my wok.

I discovered recently that my blog settings for Comments were incorrect and only allowed registered users to comment. Oh, no! I want everyone to be able to comment, even anonymously, if you want.

The settings are changed so, please, speak up. I would love to hear your opinions on the blog and the recipes. If you make any of the foods, let me know what worked for you and what didn’t.

Posted by Kathleen Richardson at 2:21 PM